Eden Girls’ School pupils were in attendance at the UK’s commemorative ceremony for Holocaust Memorial Day.

A group of Year 10 history students took on volunteer roles in the government’s memorial service held in Westminster on Thursday 25 January.

The commemorative event, at which key political figures and religious leaders were present, honoured survivors of the Holocaust, Nazi Persecution and other genocides, ahead of Holocaust Memorial Day on Saturday 27 January.

Hundreds of survivors of the Holocaust and subsequent genocides, together with their relatives, gathered to pay tribute to the millions who died.

Principal Shahina Ahmad said, “Our pupils were very fortunate to have the opportunity to get involved in this national commemoration of a key event in global history. It highlighted to them the need to learn from the past and empathise with others, to ensure a better future.

“The girls were inspired by meeting survivors such as Renie Inow, to whom they will be writing postcards as part of the Holocaust Memorial Day postcard project. Hearing the readings and accounts at the memorial service enabled our students to reflect on the terrible consequences of prejudice and discrimination, and to pay tribute to the strength and humanity of those who survived.”

Head Girl and Year 10 pupil Badriyah Islam was a volunteer at the Holocaust Memorial Day ceremony. She said, “It was a great honour being part of such an important event. We got to meet a lot of people and heard some very moving speeches by some very inspirational people.”

Our pupils were praised and congratulated on their contributions and pleasant manner by London Mayor Sadiq Khan and Labour Leader Jeremy Corbyn.

Holocaust Memorial Day, held annually on 27 January, remembers the six million Jews murdered in the Holocaust, and the millions of people killed in Nazi Persecution and in subsequent genocides in Cambodia, Rwanda, Bosnia, and Darfur. The date of 27 January marks the liberation of Auschwitz-Birkenau, the largest Nazi death camp. 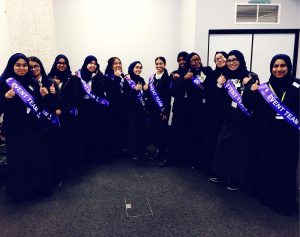 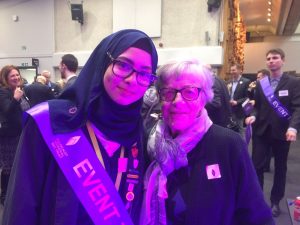